The latest installment of the Young Justice cartoon series is up on Netflix, and with it comes a new look at what life looks like for both heroes and villains. The title of this episode translates to “Og Htrof dna Requnoc.” What does that mean?

“Zatanna young justice season 4” is a review of the 12th episode of “Young Justice Season 4”. The episode, titled “Og Htrof dna Requnoc”, is about Zatanna and her team going up against an immortal sorcerer. 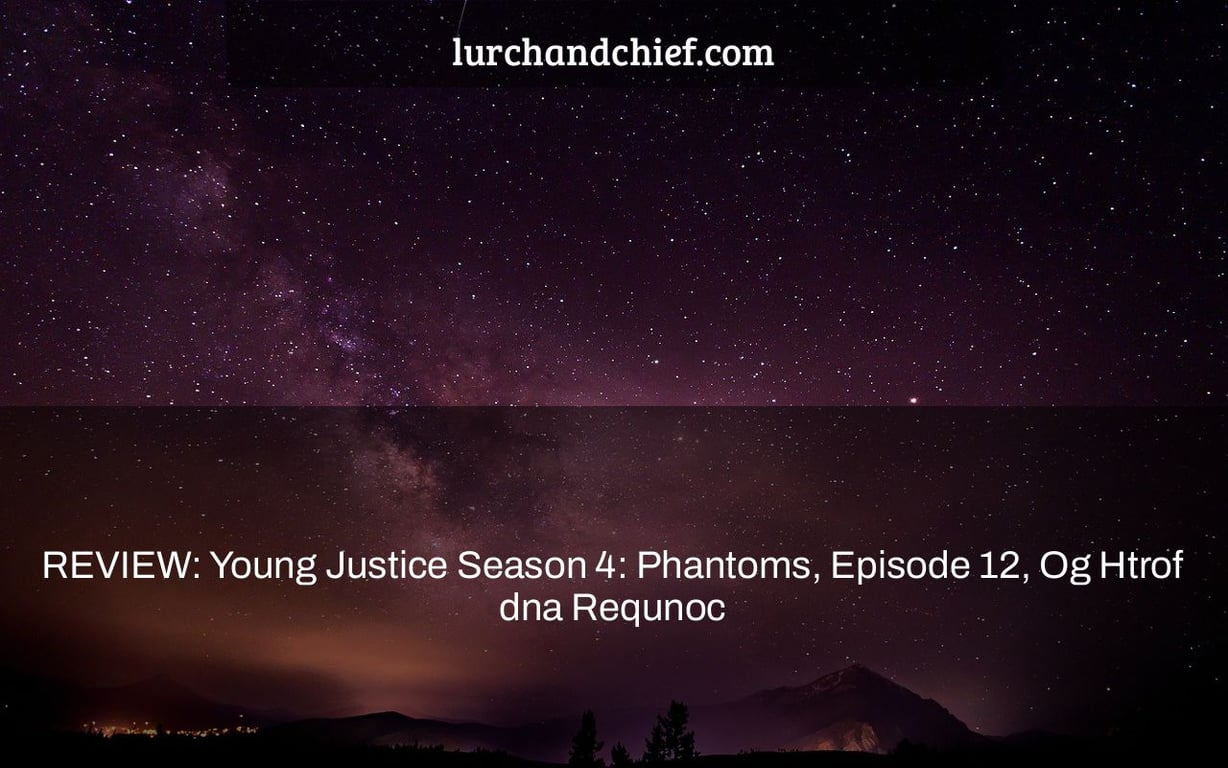 “It wasn’t an opponent that brought me down; it was cancer.” 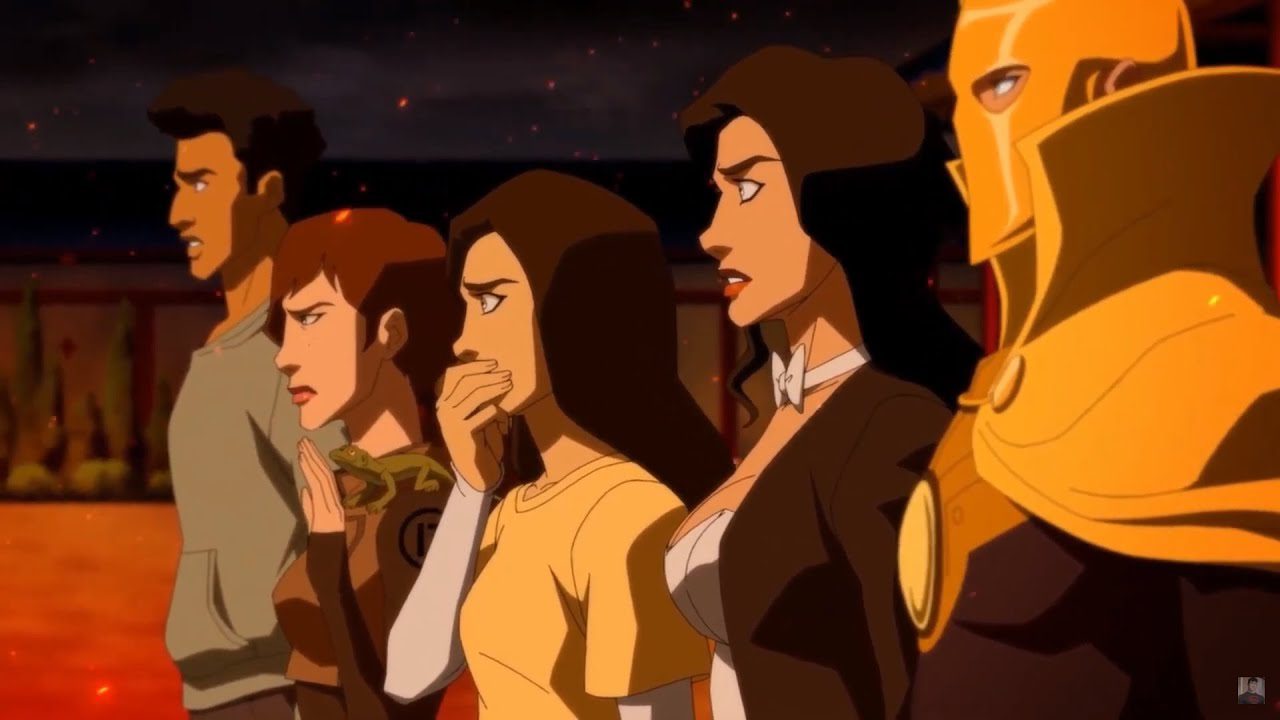 “Og Htrof dna Requnoc” begins with Zatara narrating his early days as a stage magician. Meanwhile, Child hands Nabu and the Zatanna squad their butts, then vanishes with Flaw as Klarion reverts to his previous shape. Klarion uses a school bus as his earthly connection as he searches back in time for a hero to assist him. Zatara admits that Superman is his inspiration for wanting to be a hero and utilize his powers for good. In Zatara’s flashbacks, Kent Nelson appears just as the heroes are reuniting. Meanwhile, a fatigued and frazzled Gar tries to finish shooting a Space Trek episode. In their pursuit of Child, Nabu and Zatanna traverse through numerous already-devastated cities, while Klarion continues his hunt for assistance. In the flashbacks, Zatara and Zatanna’s mother and wife die of cancer. As mayhem erupts on Earth, Vandal Savage stands by and watches. Gar returns home, enabling a co-star to take his lines for the remainder of the program. Zatanna and her pupils use Nabu to channel their power, but it isn’t enough, and Child scores yet another victory. Klarion finally locates them. The narrative is revealed to be a discussion between Zatara and Nabu, with the former relaying his experience with Zatanna. 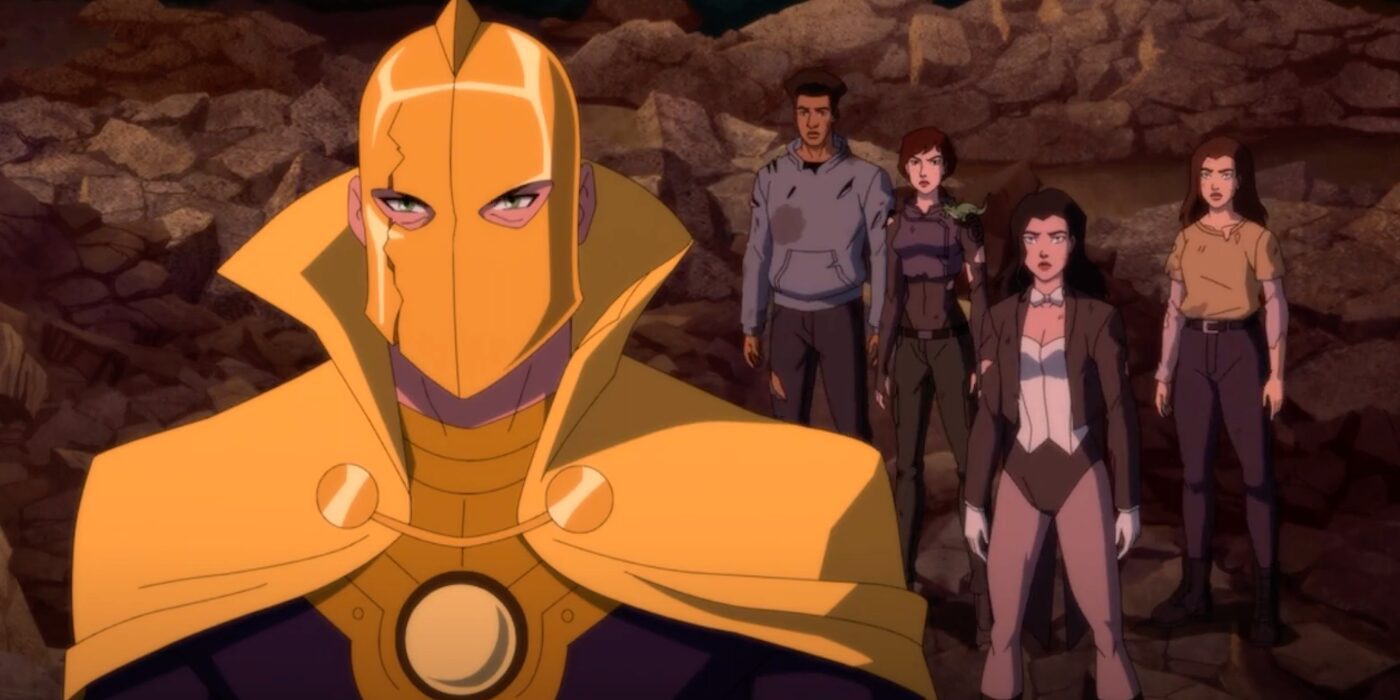 “Og Htrof dna Requnoc” is a fantastic episode, and I believe this is my favorite season arc thus far. I much like it over the M’gann/Conner/Garfield arc, which is a shame since they are some of my favorite characters. This episode continues to demonstrate the value of montages and flashbacks, which I criticized in the first season of Phantoms. For me, whether the flashbacks are fresh material or rehashes of previous seasons’ storylines makes a great difference. However, at least one of the flashbacks, the one in which Zatara assumes the role of Dr. Fate in order to free Zatanna from its shackles, is a rerun from a previous season. That passage, I believe, still fits and functions well inside “Og Htrof dna Requnoc” since it is crucial to Zatara’s message. He’s given up his life and his possibility of happiness in order to serve a higher cause, and, of course, to let Zatanna to enjoy her life to the fullest. Nabu is simply concerned with the larger wellbeing of the Earth, not with the daily lives of humans. Persuading Nabu to do the right thing and inform Zatanna about her father’s life is a Herculean undertaking in and of itself. This seems reasonable, given that it took numerous individuals and a disaster to get him to confront Child. I’m curious whether Nabu has always been thus chilly and aloof from his days as the son of Vandal Savage as a human. Is it true that he always saw humanity as a stumbling block to his purpose, or did he develop this attitude over time? Was it because he was a Lord of Order that he became like this? The idea that the Lords of Order are just as concerned about individual people as the Lords of Chaos is unsettling, but not unexpected. They are, after all, “elemental” and “basic” to our planet, according to Vandal Savage. That doesn’t make me feel all warm and fuzzy. Justice or protection for the virtuous are not always synonymous with order. One of my favorite components of this arc has been the examination of the Lords.

In Young Justice, this is also the most we’ve known about Zatara. He’s mostly been a supporting character, more of a springboard for Zatanna’s drive and character growth than anything else. I appreciated how “Teg Ydaer!” explored religion via his and Khalid’s characters. Zatara describes praying at tough moments in his life and obtaining advice that way in “Og Htrof dna Requnoc.” The sequence in which he reflects on his wife’s fate is heartbreaking, yet it also offers more information on Zatanna as a character. The commitment to assist young people like Khalid grow into their own is informed by her loss of both parents at an early age. I really appreciate how Zatara can be truthful about his actions leaving Zatanna feeling abandoned, while yet admitting that he didn’t have an option. There isn’t always a perfect answer. In terms of Khalid, I hope he receives more attention in the future. I appreciated the tiny peek of his first encounter with Zatanna, which I imagined was his first contact with her. He surely stole the show when it came to her classmates in “Teg Ydaer!” I enjoy Mary’s past, and I like how they’re portraying her as ethically ambiguous. But thus far, Traci hasn’t piqued my interest. She’s irritating, and her voice is distracting; it drags me out of the program every time she talks. I’m not acquainted with Lauren Tom, so I can’t tell if it’s her acting or her voice for this role in particular. It sounds like an adult attempting to sound like a child, which irritates me in animation nearly every time. We also know very little about her character, other than the fact that she is insecure. I believe that the majority of individuals, particularly women, are insecure. So this isn’t much of a statement.

The scenes with the Klarion bus demonstrate the Young Justice team’s thoughtfulness. I hadn’t seen this school bus in past seasons, but because I only saw it once, I want to revisit these sequences. The small glances into Garfield’s predicament are heartbreaking. It’s painful to witness one of the most optimistic personalities struggle with depression and sleep deprivation. I’m not sure whether I think Conner is really dead, but I have to admit it would be cheap to put M’gann and Gar through all of this only to find out he’s alright.

Overall, “Og Htrof dna Requnoc” is a good Young Justice episode. The past continues to add to and strengthen the present narrative, and the characters get more intriguing as time goes on. In “Og Htrof dna Requnoc,” the action is great and epic. I’m shocked the Zatanna/Dr. Fate/Vandal Savage storyline didn’t wrap up here, given how long the previous plot arcs have been. Having said that, this is by far my favorite so far, so I’m not complaining.

The 10 Top Most Heroes Ever Known in DCEU Movies

December 30 Premiere on Netflix and What To Know Before Watching It?